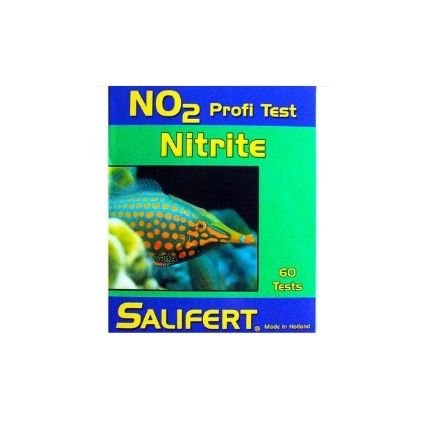 Nitrite is a substance that is toxic to fish and invertebrates.

It is a misconception that once a tank is through its cycle (first 3 or 4 weeks) that nitrite has vanished.

Many nitrite test kits suffer from interference by amines (such as naturally occurring and essential amino acids) resulting in a too low measured value especially if the nitrite concentration is relatively low.

Nitrite is converted to nitrate in properly cycled aquariums. The thus formed nitrate is transformed into harmless nitrogen gas (=denitrification). This happens in areas deprived of oxygen within live rock and miscellaneous filter materials.

Before it can be transformed to nitrogen gas the nitrate is first converted back to nitrite. When for whatever reason this particular cycle can not be completed, toxic nitrite can be present in significant concentration and readily be detected by test kits that do not suffer from amine interference.

Many nitrite test kits have the potency to suffer from amine interference resulting in toxic nitrite not being detected.

Salifert’s Nitrite test kit does not suffer from such an amine interference because very special ingredients are used.

These same ingredients also result in a full colour development within minutes. The developed colour is very intense making detection of even minute traces of nitrite easy. It probably is the most sensitive, accurate and fastest nitrite test kit available.

The kit can perform approx. 60 measurements. 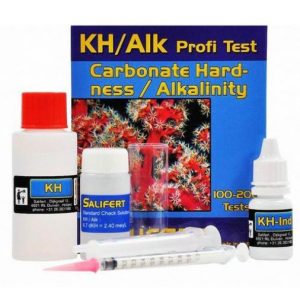 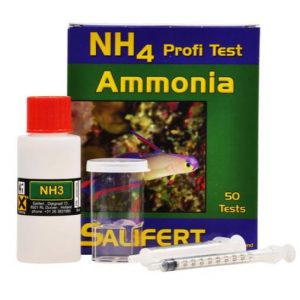 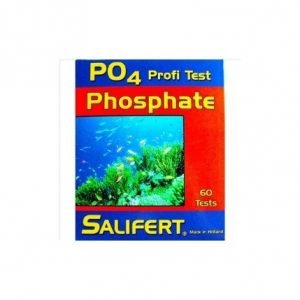