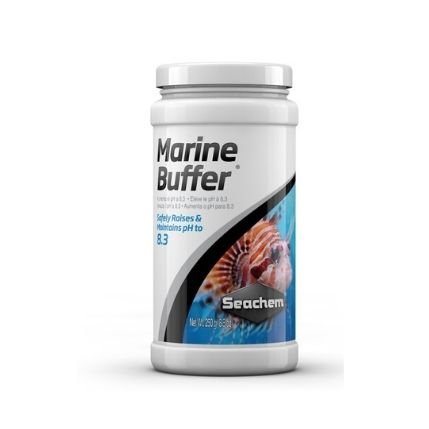 Marine Buffer® will safely raise marine pH to 8.3. It will not raise pH above 8.3 even if inadvertently overdosed. Marine Buffer® is a blended product and is not just sodium bicarbonate or sodium carbonate, commonly sold as a substitute. Such products can raise pH to dangerous levels if not used properly. Marine Buffer® contains sodium, magnesium, calcium, strontium, and potassium salts of carbonate, bicarbonate, chloride, sulfate, and borate. Use Seachem’s MultiTest™ Marine pH & Alkalinity to check pH and total alkalinity. Use Marine Trace™ to restore the proper level of trace and feed NutriDiet® Marine Flakes for thriving, healthy saltwater fish.

Total Alkalinity is a measurement of three main ions: carbonate, bicarbonate, and borate. In saltwater, bicarbonate drives the pH toward 7.8, carbonate drives pH toward 9.1, and borate toward 9.5 or more. Because of the chemistry of buffering systems, the closer you get the pH to the pK of a buffering system, the harder it is for the pH to shift. So, if you blend a buffer so that the combined product drives the pH toward 8.3, then the more you use, the more stable the pH becomes. That is the principle behind Marine Buffer™. It is a blended buffer that drives and holds your pH at 8.3 because of the blend. The catch to this seemingly simple solution is that most salt mixes contain substantial amounts of bicarbonate salts. This shifts the pK of the buffering system further towards 7.8, and a buffer that shoots for 8.3 will never quite get there. Thus, the pK of Marine Buffer is actually slightly higher than 8.3 in order to combat the influx of bicarbonate at every water change. Marine Buffer™ was the first buffer on the market which contained borate salts (which make a saltwater buffering system much more stable), and Marine Buffer™ remains the most effective pH buffer on the market for marine aquaria.

Add 5 g (1 level teaspoon) for each 80 L (20 US gallons). For precise dosing, use the Seachem Digital Spoon Scale. Dissolve in at least one cup of freshwater. This dose will also raise alkalinity by about 1 meq/L. Add daily until pH stabilizes at 8.3. This will take from a day to a week, depending on original pH and alkalinity. Thereafter, use biweekly or monthly to maintain a pH of 8.3.

If this practice is not adequate, then overstocking, overfeeding, or other poor management practice should be sought as a likely cause. In ionically balanced marine water, Marine Buffer® produces little precipitate or cloudiness. If an extensive precipitate forms upon addition of Marine Buffer® that does not dissolve within ~15 minutes, then poor ionic balance was present. A water change should be initiated when convenient before further use of the product. Effectiveness improves with continued use. Do not directly mix with any calcium, magnesium, or strontium supplement.

1. What is the difference between the Reef Buffer™ and the Marine Buffer®?

Marine Buffer® has a pK of 8.3. PK is a number that represents the pH of a buffer. Reef Buffer™ has a heavier carbonate influence than Marine Buffer® giving it a higher pK. Because of this, Reef Buffer™ is more successful at overcoming acids where intense biological activity occurs resulting in heavier acid production like in a typical reef aquarium.

2. When I added Marine Buffer™ to my tank I got a very light, white, fluffy precipitate, what should I do?

This is a temporary magnesium carbonate precipitate. No need to worry, it will redissolve in half an hour or so. Sometimes this can form if your magnesium is on the high side.

3. I have a freshwater planted tank. I’ve been using Acid Buffer™ to lower pH. According to the label I should use Alkaline Buffer™ as well to target a pH. My question is, can I use Marine Buffer® instead? And if so, at what dosage? 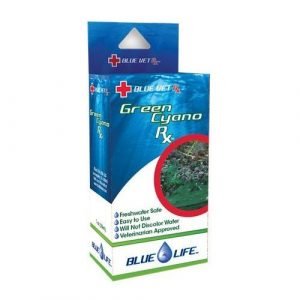 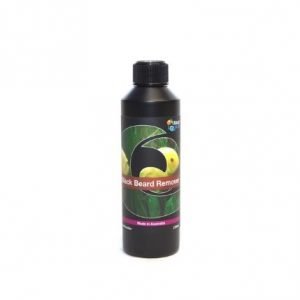